By shahnon May 30, 2017
So I have been following quite a bit about the ongoing #TN50 townhall sessions across Malaysia. But apart from the bottom up method of "crowdsourcing" ideas from the youth about their wants and needs for 2050, e.g. improving education, healthcare, national unity, economy etc etc, I think there is one thing that is somewhat missing. Granted, there have been many great ideas presented at some of the townhall sessions, but what we also need is a serious discussion about the state of THE future. 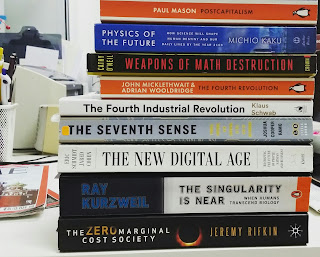 How liveable and sustainable will our planet earth be by 2050? Would our resources be enough for everyone? Even now we are using more of our natural resources than we have. Like living on a credit card because you don't have enough cash.

More and more species are dying, natural resources depleting, forests being destroyed. How would our future generation cope with the impending crisis of our civilisation?

Experts have reported that we are facing a mass extinction of species in future and that there will be more plastics than fish in the ocean by 2050. What about the impact of climate change and global warming? Unprecedented.

Unless something is done to reduce global carbon emission, the future looks uncertain. And by then, we'd all look back at 2017 and Donald Trump's presidency as one of the first sparks that triggers the change. Scientists have also predicted that the north pole would be ICE-FREE by 2050. Immediate impact? Rising sea levels. God. Imagine the kind of disaster to low lying nations and islands e.g. Holland, Bangladesh, Maldives, Pacific islands etc.

Next. How would the world survive a future post-oil new world order? What is going to happen to major oil dependencies? What is the repurcussion like?

And my favourite subject of all: technology and the impact of singularity. How would AI, machines and robots benefit or destroy our civilisation?

Already, reports have shown that robots will take 50% of our jobs and outperform humans in almost every aspect of life. At the rate things are going, the techno-dystopian themed tv series, #BlackMirror is beginning to appear more like future than fiction.
climate change environment Future Malaysia Singularity sustainability TN50