Showing posts from January, 2011
Show All

By Shahnon January 03, 2011
Here ye! Here ye! Just a quick announcement here. Shahnon.com is finally...UPDATED! (the content is not up yet though). It's been more than a year, I think, since I last changed my web layout. Later folks.
Post a comment
Read more

UK Elections 2010 and Lessons for Malaysia? 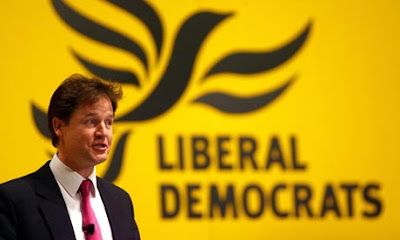 Happy (Gregorian) New Year to all! In commemorating the new year ( 1.1.11 ) - which many have speculated to be an election year for Malaysia - I'd like to republish my opinion-article which was first published at Klik4Malaysia many moons ago. As widely anticipated, David Cameron, 43, has just been named as the new British Prime Minister with Nick Clegg (pic above) as the Deputy Prime Minister. If the English Premier League is the most-watched football event in Malaysia aside from the quadrennial football World Cup, then the UK General Elections could be one of the most closely watched elections. Dubbed as one of the most exciting and hotly-contested elections, the UK elections have inspired and captured the interest of many Malaysians, including myself. What made the 2010 contest even more interesting than previous elections was the advent of strong "third force" in the shape of Nick Clegg's Liberal Democrats (also known as the Lib Dems) in British politics. T
Post a comment
Read more
More posts